Steven Klimowski began his performing career at the age of 16 as a tour guide at the Winchester Mystery House in San Jose California. He went to NYC to study with the famed (in the clarinet world) Leon Russianoff. He hitchhiked back home four times during the summers satisfying his urge to see the USA. He’s been an usher at Carnegie Hall, a shopping mall janitor, flipped burgers at fast food joints and taught ghetto children at a home for dependent children before landing his first orchestra job with the Orquesta Sinfonico del Estado de Mexico where he met his wife, cellist Bonnie Klimowski. They moved to Vermont in 1980.
Steve has played with the Vermont Symphony, the VSO Woodwind Trio, and the Mozart Festival among other ensembles. In 1987, Klimowski founded the Vermont Contemporary Music Ensemble and has been its artistic director ever since. He is currently the principal clarinet with the Burlington Chamber Orchestra.
Steve is the adjunct clarinet teacher at the University of Vermont, Saint Michael’s College, and Middlebury College.  He has been the choir director at the Jericho Congregational Church since 2011 and has studied choral conducting with James Jordan for several summers at Westminster Choir College. In 2017, he attended the Choral Institute at Oxford as a full conductor.  Mr. Klimowski has twice been honored with an individual artist’s fellowship from the Vermont Council on the Arts and received its Citation of Merit.
He enjoys cycling, hiking, fine dining, and growing garlic in his home, which he shares with his wife, Bonnie, and four cats, in Fairfax, Vermont.
Steven Klimowski, Interim Music Director 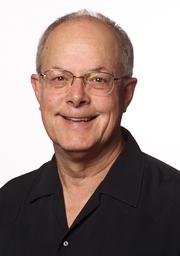